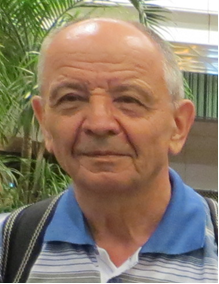 Abstract: A computer model of the T–x–y diagram of MgO–SiO2–Al2O3 system is used to show the possibility of analysis of its microstructure constitution in terms of competition between primary and eutectic crystals by means of vertical mass balance diagrams calculated for a given centroid over the whole temperature range. The usefulness of horizontal mass balance diagrams is considered for studying phase relations at a fixed temperature along the chosen isopleth. Mass balances were used to determine the crystallization path at the quasi-peritectic liquidus point with the invariant reaction L + Al2O3 = 3Al2O3 • 2SiO2 + MgO • Al2O3, whose composition was taken into account in giving a rationale to corundum armor element technology. Thus, not only do developed models make it possible to visualize the geometry of a phase diagram, but they are a source of information on crystallization and microstructure formation stages, making it possible to qualitatively and quantitatively evaluate phase ratios and phase assemblage ratios for a given composition.

Acknowledgements: It has been performed under the program of fundamental research SB RAS (project 0270-2021-0002) and was partially supported by the Russian Foundation for Basic Research (project 19-38-90035).


Biography: Vasily LUTSYK graduated from Donetsk State University (Donetsk, Ukraine, former USSR) in 1970. He received Ph.D. from V.I. Nikitin Institute of Chemistry of the Tajic Academy of Sciences (Dushanbe, Tajicistan, former USSR) in 1978, and Doctor’s Degree - from Irkutsk State University (Russia) in 1997. From 1972 to 1981 he worked as an assistant professor at Donetsk State University (Ukraine, former USSR). Since 1981 till now he works at the Buryat Scientific Centre of the Siberian Branch of the Russian Academy of Sciences (Ulan-Ude, Republic Buryatia, Russia). His current work focuses on the assembling of the multidimensional phase diagrams of the multicomponent systems to decode the materials genome. He is awarded by “IAAM Medal-2017”. He is Head of Materials CAD Sector, Institute of Physical Materials Science at the Siberian Branch of the Russian Academy of Sciences (http://ipms.bscnet.ru/labs/skkm.html), Professor at the Banzarov Buryat State University (https://en.bsu.ru/).